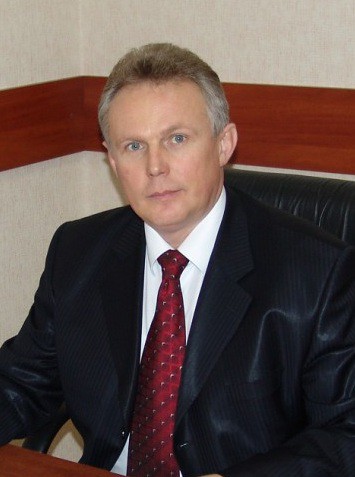 Was born on July 10, 1963 in the village of Bobovyshche, Mukachevo district, Transcarpathian region. In 1980 he graduated from Bobovyshche secondary school and entered the Faculty of Physics of Uzhhorod State University. As a graduate of the Department of Semiconductor Physics in 1985, he became its postgraduate student, and in March 1989 he defended his dissertation "Ferroelectric properties and mechanisms of phase transitions of Sn(Pb)2P2S(Se)6 crystals" and received the degree of Candidate of Physical and Mathematical Sciences. After defending his dissertation, he continued to study critical phenomena in dielectrics and semiconductor crystals, the development of new materials with pyro- and ferroelectric properties. This allowed him to form a new scientific direction - the study of anharmonicity, nonequilibrium and fluctuation effects in semiconductor dipole systems with polycritical points (Lifshitz point, tricritical point, tricritical Lifshitz point). With his direct participation, experimental installations were created to study the temperature behavior of heat capacity, thermal conductivity, electrical conductivity, dielectric constant, study the effect of uniaxial pressure on the electrophysical and optical properties of crystals. The significant volume and novelty of the results obtained allowed V.M. Rizak to defend his dissertation "Influence of isovalent substitutions on the static and dynamic properties of intrinsic ferroelectrics (РbySn1-y)2Р2(SeхS1-x)6" in the walls of the ancient Lviv University on December 4, 1996 and to receive the degree of Doctor of Physical and Mathematical Sciences. He was awarded the academic title of professor on June 25, 1998. Since 2002 he has been heading the Department of Solid State Electronics of UzhNU.

V.M. Rizak, along with scientific and pedagogical activities at Uzhhorod University, makes a lot of efforts to organize support for regional science. He founded and heads the fund to support science, the main task of this fund was to preserve scientific schools in the region, support priority scientific areas, intensive involvement of young people in research activities. The Foundation contributed to the publication of more than 30 scientific manuals, methodological developments and monographs of both natural and humanitarian profile. It organizes conferences, round tables, sponsors international seminars and conferences. The foundation provides financial assistance to schools, pays for Internet for doctors of UzhNU, sponsors business trips for scientists and other representatives of the creative intelligentsia. Therefore, it is not for nothing that V.M.Rizak for his significant contribution to the development of science and active participation in the social and political life of the region was awarded with the diploma of the head of the Regional State Administration (1998), and for the support of academic science - with the jubilee medal on the occasion of the 80th anniversary of the NAS of Ukraine. V.M. Rizak is the author and co-author of more than one hundred and fifty scientific papers, monographs and textbooks "Physics of non-equilibrium phenomena in semiconductors" (Uzhhorod, 1998), "Photothermostructural transformations of chalcogenides" (Uzhhorod, 1999), "Solid state chemistry" (Uzhhorod, 1999, 2002), "Heterogeneous equilibria" (2003), "Structural and functional materials" (Kyiv, 2003), "Structural and functional materials" (Kyiv, 2004).